What makes us participate? How do we enter an unknown emotional world? How does the performance, as a social ceremony, impact the way we relate to each other? What determines our involvement in it and what control do we have over our emotional self during this act?

In her new work Common Emotions, Godder was interested in tapping into theses question in relation to how we connect to each other in groups, and how do these common emotions which evolve out of it, infiltrate our individuality. By challenging the formal separation between spectators and performers, Godder allows the audience to experience their emotional and performative selves during the show. This proposal suggests an intimacy with the performers and impacts the way by which the work unfolds in real time. All of this raises questions in regards to communal-emotional connectivity and infectiousness, and echoes social and national behavior which we may encounter in our daily lives. One decides whether to watch an aesthetic phenomenon or to experience it with one’s own body.

The work Common Emotions was created and researched as part of a larger project called “Störung/Hafra’a” in collaboration with Theater Freiburg. “Störung/ Hafra’a” was a unique collaborative interdisciplinary project that brought together scientists, professional dancers and choreographers, physicians, as well as people with Parkinson’s from Israel and Germany, to explore different aspects of human movement and movement disorder. The project influenced Godder in the creation of “Common Emotions” at first just by opening the door of her studio to different people and communities and dancing together in a common space. This kind of unexpected intimate meeting in the studio – through the body and through different methodologies of movement and improvisation– created a drive to find a way of transferring this to the stage and proposing it in real time and in a performative environment. In her previous work „CLIMAX“ a community is build by the end of the 3 hour performance, the public interacted with the performers and with each other, noticing one another in intimate moments and some boundaries which may have separated them when they entered the space are slowly broken by the proposition of the work and a group is formed– consciously and subconsciously. In “Common Emotions” Godder wanted to continue exploring this notion of how we connect as a group, by proposing different kinds of tasks or actions which happen in real time on the stage in a kind of “secretive area” where the audiences and performers meet. The dancers have multiple tasks as they are performing, leading workshops to the audience and interacting with one another. The theme Godder researched in the „Störung/Hafraah“ project was unison. This was a theme often used in choreography, is one which Godder felt unconnected to in her previous works, however in the context of this unique project this is something which she decided to explore it: emotionally, physically, mentally energetically, perhaps even creating a unison that is felt but not seen.

Music (in order of appearance): Neptune, The Mystic by Gustav Holst; Saturn, The Bringer of Old Age by Gustav Holst; ReDog: Variation on Holst by Tomer Damsky; Metamorphosen by Richard Strauss;

Thanks to: Nimrod Levin for scientific advice and inspiration, Michal Oppenheim for vocal coaching, Emmanuel Witzthum for musical consultation, Monica Gillette and Josef Mackert for their endless support of the work, and all of the audiences who joined us for open rehearsals who helped shape the work.

EricaLynn Priolo developed the concept for this dance and is the brilliant dancer and choreographer on the left side of your screen. She has been my dedicated dance coach for the last 4 years and has made living with Parkinson’s Disease a dream instead of a nightmare.

A surreal take on experiencing the symptoms of Parkinson’s 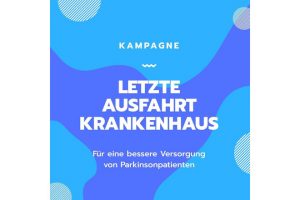